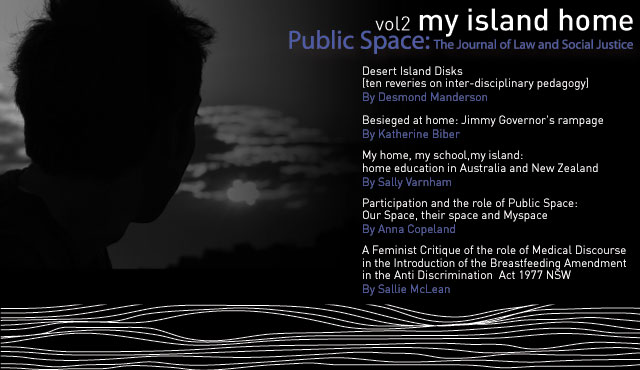 In July 1900, Jimmy Governor and his brother Joe commenced their murderous rampage across central New South Wales, killing nine women and children, maiming others, and raping a teenage girl. They were pursued for three months across 3000 kilometres, taunting their hunters with clues, letters and tricks. The last men in the state to be proclaimed outlaws, their pursuit and capture fascinated and terrified a nation on the eve of its Federation.

After his conviction, Governor’s execution was delayed until after the conclusion of Federation celebrations; even a fragile nation understood the perilous symbolism of launching nationhood whilst hanging a transgressive black man.

This article re-examines the crimes, evidence and trial of Governor, and the intense media reportage around them. It reveals a perpetually contested claim for control: of the family, the workplace, race, nation and empire.

Issue
Vol 2 (2008)
Section
Articles
Copyright Notice
Copyright in the manuscript remains with the author(s). The author(s) grants the University of Technology, Sydney a licence to exercise any exclsuive rights of the copyright owner required to publish, distribute and advertise PublIc Space: the Journal of Law and Social Justice.
Information
About the Journal
Content goes here.
Partners
Partners go here
Current Issue