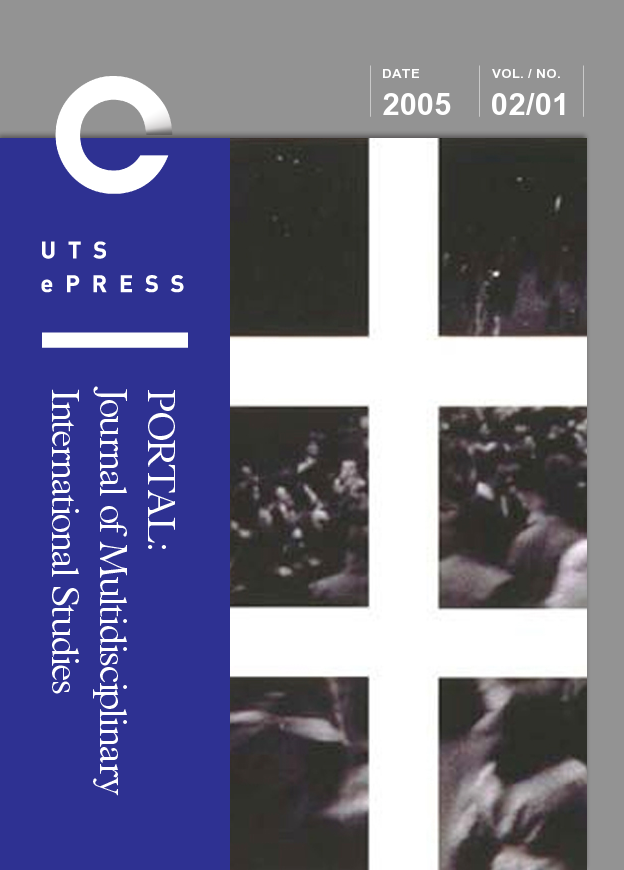 This special issue of PORTAL Journal of Multidisciplinary International Studies, jointly edited by Jo McCormack and Paul Allatson, is dedicated to exile and social transformation. Some of the papers presented here derive from a highly successful workshop and symposium on exile held at the Institute for International Studies, University of Technology Sydney, in July and December 2004. Others arrived in response to a call for papers sent out in early 2004, which attracted a great deal of attention. We would like to thank all those involved at the first two events for their productive discussions and feedback, and extend our thanks to the many people who responded to the call for papers on the topic. The next issue of PORTAL will also be a special issue, “Strange Localities: Utopias, Intellectuals and National Identities in the 21st Century,” with three guest editors: Alistair Fox (University of Otago), Murray Pratt (University of Technology, Sydney), and Hilary Radner (University of Otago). And, as always, we would like to encourage practitioners of international studies and cultural producers working anywhere in the world, and in any of the PORTAL languages, to submit material for future issues. Finally, and returning to this issue’s special theme, it was with great sadness that we learned from one of the contributors to this issue, Sue Hajdú, of her father’s recent death. Sue’s critical and creative meditation on her father’s status as a Hungarian exile is one of this issue’s highlights. On behalf of the members of the Portal Editorial Committee, this special issue is dedicated to him. Paul Allatson, Chair, PORTAL Editorial Committee

Make a Submission
Information
About the Journal