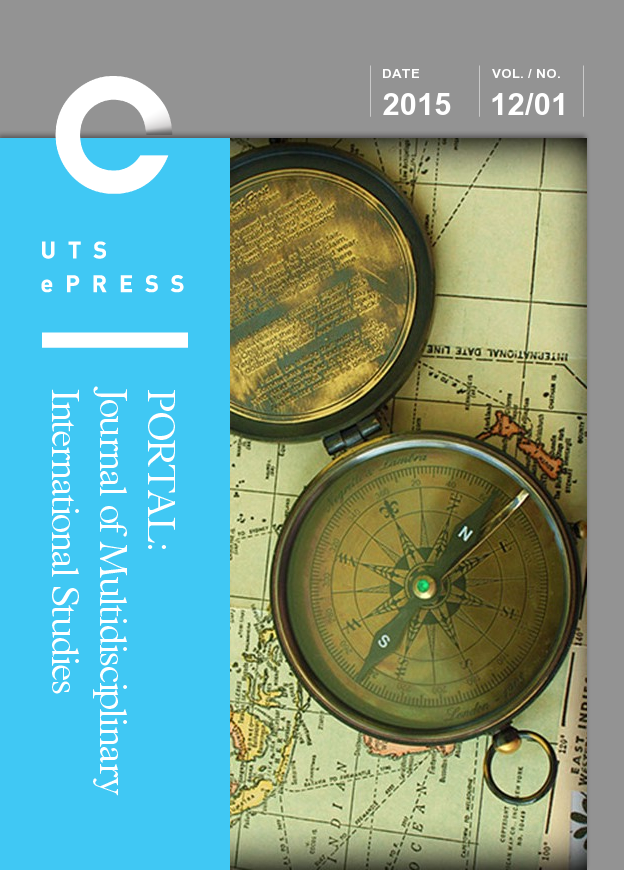 The ambition of this issue of Portal is to reach across the methodological boundaries of history, politics, literature and geography to apply their complementary perspectives to the study of identity and its relation to space and place, an aim that involves attempting to identify the many different ways the notoriously slippery concepts of identity and geography may intersect.

For this issue we have selected articles that cast a fresh perspective on two areas where identity and geography intersect: the construction of identity through the imaginative recreation of place in literature: Mapping Literary Spaces; and the study of the shifting relationships of centre and periphery, exclusion and inclusion in urban settings and geopolitical confrontations: Social and Political Peripheries.

Gerard Toal has written that geography is not a noun but a verb: it does not describe what space is but studies what we do with space, imaginatively and politically. The articles in this issue illustrate the exercise of the literary and political imagination and the role of materiality and memory in the creation of geographic representation. They show too a new awareness of the centrality of space in the constitution of identities, and the need for a new geocritical reading of its discourse, as the interrelations of place and community are played out on the many scales of social and political life, from the local to the global.

The special issue is organised thus:

- Elizabeth Rechniewski (Sydney University), “The Perils of Proximity: The Geopolitical Underpinnings of Australian views of New Caledonia in the 19th Century."