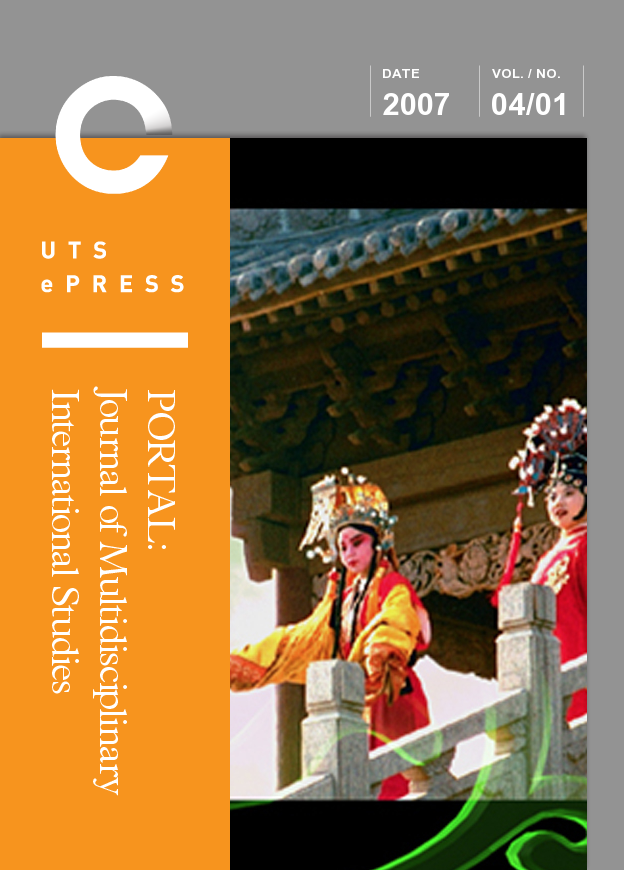 PORTAL Journal of Multidisciplinary International Studies enters its fourth year with the journal’s first special Chinese-language issue. Organised under the rubric of ‘The Revival of Chinese Cultural Nationalism,’ the issue has been guest edited by Dr Yingjie Guo of the Institute for International Studies, University of Technology Sydney, and features the work of scholars based in China and Australia. As Guo says in his introductory essay to the special issue, debates over cultural nationalism in China have been on the rise since the events in Tiananmen Square on June 4, 1989; indeed, the post-Tiananmen era in China may be witnessing what Guo calls an unparalleled cultural-political movement in the country’s history. The various contributors to this special issue explore the ramifications and manifestations of that broad cultural-political movement in film production, television drama, literary texts, cultural essays, regional entrepreneurship, and contemporary debates on nationalism and liberalism. This issue of PORTAL also features four non-special issue essays: a study of feminist ethics in the work of Filipino-Australian writer and dramatist Merlinda Bobis, by Dolores Herrero (Universidad de Zaragoza, Spain); a taut critique of the discourse that regards the twentieth century as the bloodiest and most atrocious in human history, by David B. MacDonald (Otago University, New Zealand); a trenchant analysis, by Ramzi Nasser and Kamal Abouchedid (Notre Dame University, Lebanon), of what the authors call the rise of “academic apartheid” in the university sector throughout the Arab world; and a fascinating exploration of the feminism and environmentalism pioneered by the Australian author, mountaineer, solicitor and Buddhist Marie Byles (1900-1979), by Allison Cadzow (University of Technology Sydney). Finally, it is a huge pleasure to also include in PORTAL’s cultural works section a selection of poems by the Chinese poet Yang Lian, translated by Mabel Lee (responsible for translating Nobel Laureate Gao Xingjian’s novels Soul Mountain [2000] and One Man’s Bible [2002] into English).