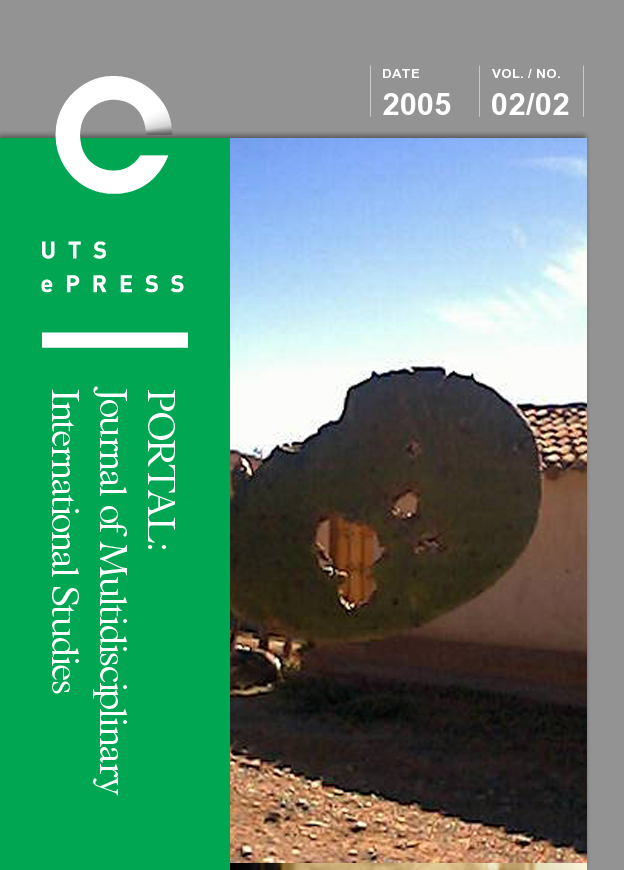 Rather than offering a detailed analysis of the contents of the draft constitution, a consideration of the extent to which the EU is hampered in its ability to posit a counter-balance to the USAn Empire, or indeed a reflection on the economic and political ramifications of the document’s proposals, the aim of this article is to take a step back from the construction that is Europe, and pause to consider the Utopian assumptions about cultural identity which subtend the notion of union, as expressed within the draft constitution and more broadly across discourses about ‘Europeanness’ as shared destiny which underpin the European project. In order to do so, I draw on theories of national identity and belonging, at the same time interrogating the applicability of the national paradigm to that strange locality, the transnational, pan-regional, post-state, and potentially pre-federal entity which the EU is becoming. In the process, I offer readings of both the constitution, and a less official EU text, namely an online comic entitled ‘Captain Euro’ which was used to promote the single currency. I am particularly interested in investigating the narrativisation of culture and identity as a process of unification or union, and in opening up a space to consider the ideological imperatives which suture this master(ful) narrative. Slavoj Žižek’s theorisation of the moment of narrative possibility as one which occludes its own foundational basis is then considered as one which applies to a form of status denial inherent within the official European narrative of union, and through suggesting a queer reading of the Euroseminal myth of Zeus and Europa, I trace this Žižekian moment of ‘inherent transgression’ as a counter force undermining European cultural unification—paradoxically, perhaps queerly or strangely, a concomitant desire for the discrete and the separate, a drive towards distinction and difference which arises as a necessary complement to its signaled togetherness.

Dr Murray Pratt studied English Literature and French at Glasgow University, and completed a doctoral thesis entitled 'Autobiography, Fiction and Masculinity in the work of Roland Barthes, Herve Guibert and Alain Robbe-Grillet' at Oxford University. His research interests include Queer Studies, Contemporary French Culture and Society, Masculinity, Autobiography, and the Comic Book. Principle publications include work on AIDS in France, Guibert, Barthes, Homosexuality and British and French Television, and Masculinity in Cinema. He co-edited a special issue of French Cultural Studies on 'AIDS in France' with Jean-Pierre Boulé, and an examination of Queer in British and European Contexts with Kate Chedgzoy and Emma Francis, for which he contributed a chapter considering the recent 'PACS' debate in France from a Queer Theory perspective. Dr Pratt's current research projects include State Immunity, HIV and Identity in France. This project considers France's experience of the AIDS epidemic in social and cultural terms examining the ways in which national resistances proved a hindrance to effective prevention strategies in the early years of the epidemic, as well as the ways in which the crisis has impacted on the imagining of France's national identity. Dr Pratt is also working on the autobiographical graphic novelist, Fabrice Neaud. Dr Murray Pratt is available to supervise research students in areas of Contemporary French Cultural Studies, French Film and Literature, Lesbian and Gay/Queer Studies and AIDS Studies.
Make a Submission
Information
About the Journal