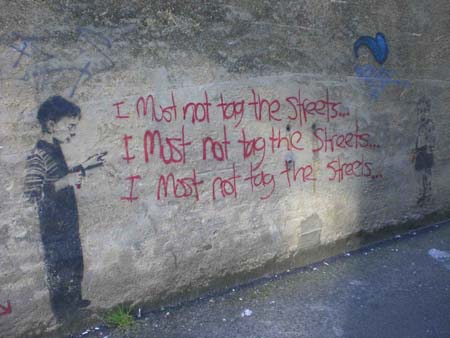 This paper looks at two recordings connected with the strangely disquieting tract of fifteen or so square miles separating the northern shores of Botany Bay from the Pacific Ocean, in Sydney’s south-east. In 1964 the Atlantics, a band composed mainly of young migrant Australians produced a reverb-drenched guitar instrumental called “Bombora”. The name - an Aboriginal word referring to a type of submerged rocky reef, over which large ocean waves occasionally and unexpectedly break - had immediate meaning to Sydney’s surfer subculture. But for the population of the Botany Bay area, the term had a more local meaning, referring to one specific reef where, over the years, many boat fishermen, often migrants unused to the local conditions, had been killed. In the 1988 recording, “Malabar mansion,” singer Mac Silver prepares himself for the horrors of a night in Long Bay Jail, (located nearby on that same peninsula). At that time a commission of inquiry was investigating the deaths in custody of large numbers of young Aboriginal prisoners, and Silver’s recording had powerful political and emotional resonances. “Bombora” is a frenzied, almost operatic piece, and many listeners hear a bouzouki and folk dance influence in Theo Penglis’s lead guitar. The chaotic textures, high pitch and fast pace might be heard as a musical analogue of hyperventilation and a racing heart beat-bodily markers of the state where excitation becomes terror, leading to a moment of transcendence, a kind of sonic sublime. “Malabar Mansion”, on the other hand is almost anti-sublime: quiet, literal, weary, precise in its delineation of the psychic and physical perils, and disarmingly specific in describing the elsewhere for which the singer longs. The peninsula whence these songs come has long been an uneasy presence in the city’s imaginary, a combined badlands and seaside idyll. Over the past century suburban homes have shared the snake-infested sandhills, heath, swamp with a leprosarium, a prison, a cemetery, a crematorium, a rubbish dump, a sewerage works, a power station, a rifle range, an army depot, tanneries, refineries, a migrant hostel, a shipping terminal and a sprawling post war housing project. Although rarely visited by tourists, the area has some of the most hauntingly beautiful coastline in the Sydney district, and is home to native flora and fauna long since lost to the rest of Sydney. Neither “Bombora” nor “Malabar mansion” simply “sounds like” the places they are meant to evoke, but both, I will argue, are thoroughly determined by moods, physical ecologies and insoluble contradictions of place.

Issue
Vol 4 No 1 (2009): Music and the Production of Place
Section
Articles
Copyright Notice
Authors submitting a paper to UTSePress publications agree to assign a limited license to UTSePress if and when the manuscript is accepted for publication. This license allows UTSePress to publish a manuscript in a given issue. Copyright is retained by the authors who assert their moral rights. Authors control translation and reproduction rights to their works published by UTSePress. Downloads of specific portions of the Transforming Cultures eJournal are permitted for personal use only, not for commercial use or resale. Requests for permission to reprint or use any materials should be directed to the Author.
Author Biography